We hope that you enjoy the following guest post from our friends at Shark Indicators!  This is third post in the series.  If you want to read part 1 and 2, please click the links below:

The number one rule in trading is you do what works. You may learn what this indicator or that indicator was designed to do, but it doesn’t really matter what the indicator is actually designed to measure. Real trader’s care about what actually works.

A common trick used by successful traders is to take common indicators and look at them in new ways. Let’s take the stochastics for example: designed to oscillate up and down and show extreme conditions of overbought and oversold.

For this example, we aren’t going to look at the Stochastic’s extremes, instead we are going to examine it’s slope.

Why? Because the slope often tells you where the indicator is bound to go. Again, this may not be what the original indicator designer intended, but as we'll see soon that's irrelevant.

Lets go ahead and resume out system from last week. There are quite a few areas that suffer from false signals. Let's fix this. You'll notice I've placed the Stochastics indicator up there as well, using the default parameters in NinjaTrader. Two nasty sell signals occur just prior to the upswing 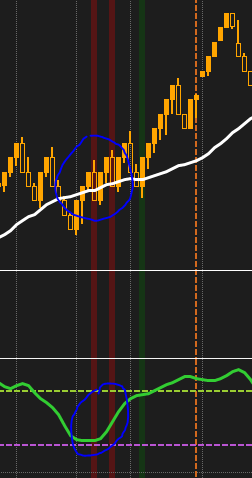 Why is this so?

The price dips just below the the 30 SMA briefly enough to trigger this, and the prior high and low were lower than the previous ones, establishing a downward trend.  However glancing at the Stochastics below, we see that it was heading up at the time (ie: the slope was positive).

Let's see what happens when we require the slope of the Stochastics to agree...

In BloodHound we add an Indicator Slope solver and assign it the Stochastics. A few mouse clicks later we have this: 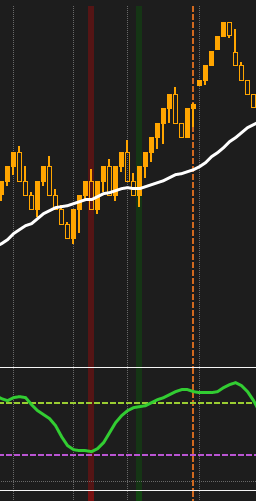 But why stop there? Let's check out another common tactic - analyzing the momentum of the market. Technical traders love to turn to the MACD histogram for this. When the histogram starts screaming up, the bulls are in charge and vice versa when it's going down.

There's a slight problem however, if we were to just take the slope of the histogram we'd get a pretty choppy looking chart. That histogram is a bumpy ride indeed. 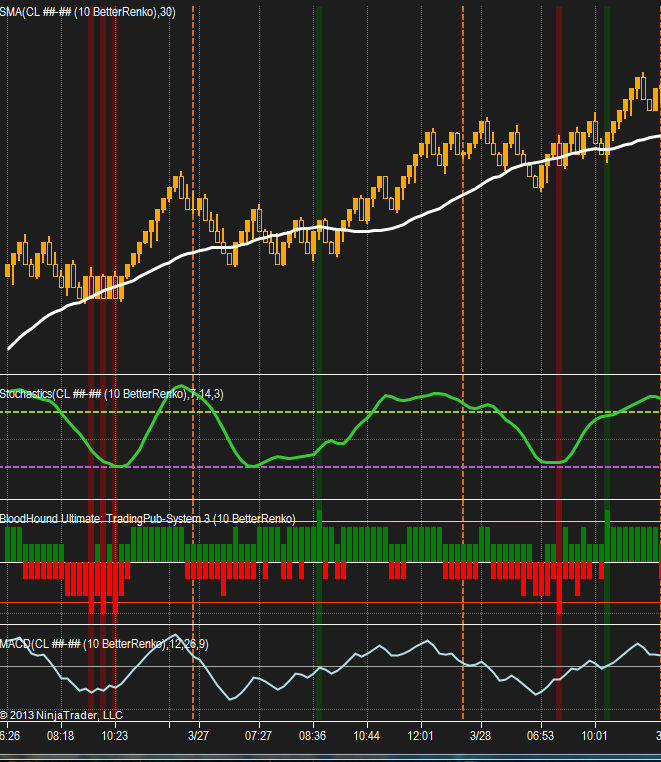 What we really want is the general slope it's moving, the kind you and I can spot out easily at the back of a room. So we are going to do the same thing as we did with the Stochastics but with a small but important modification to ensure we get the gist of the slope, not all the bumpy details.

Here we set BloodHound to look at the lat 5 bars to determine slope. 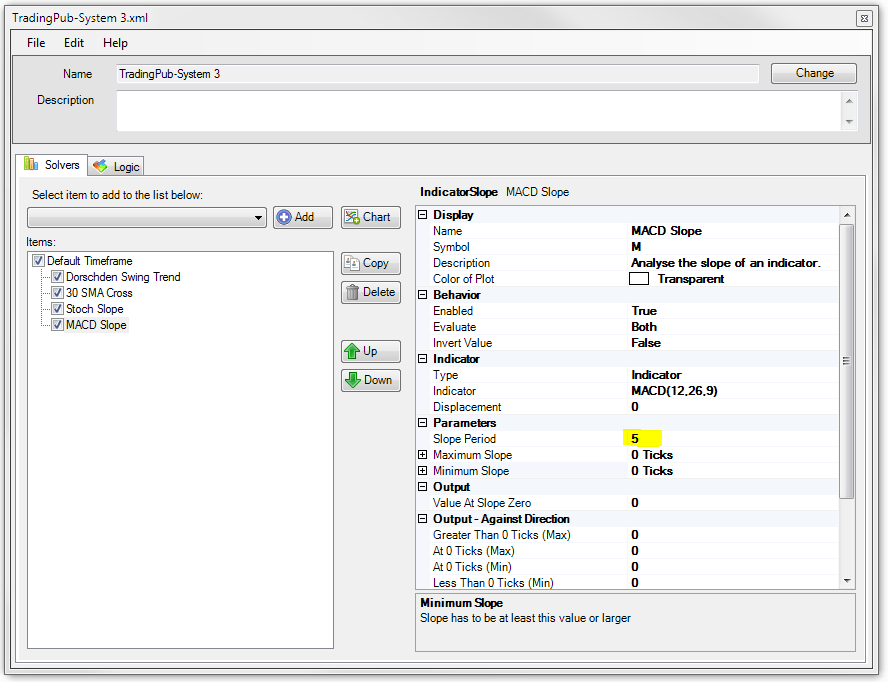 Voila! We now have a decent looking signal on our hands. Noticed how we built this signal indicator out of common indicators but layered them to give us an awesome effect. 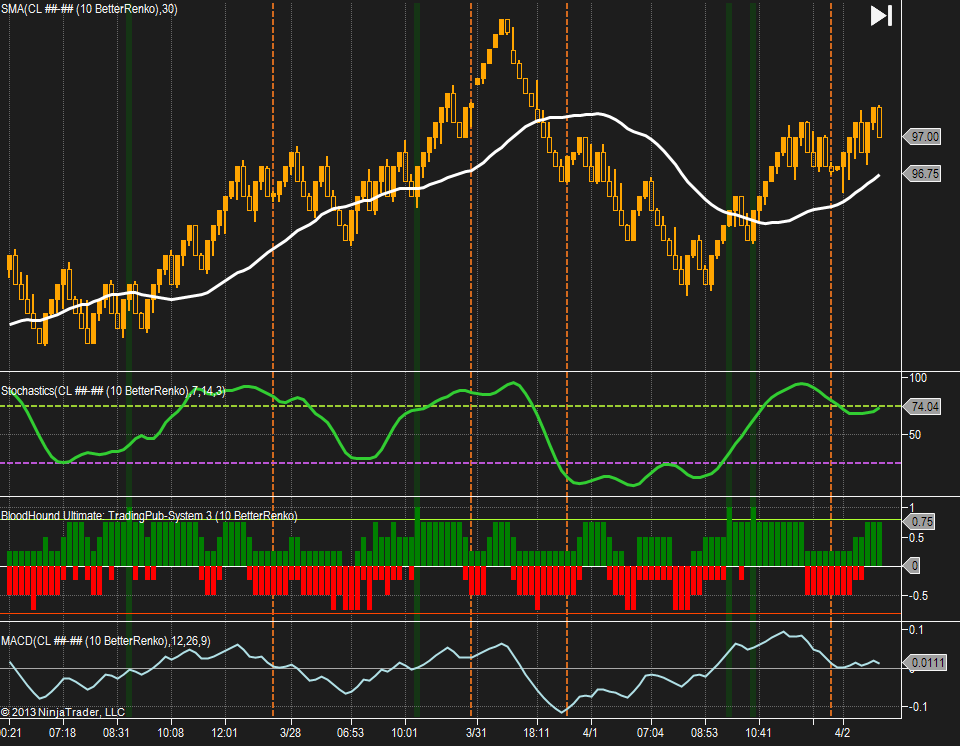 We hope we've shown you what's possible with BloodHound, a few common indicators and some creativity.

*Did you know? BloodHound can analyze any type of indicator installed on your NinjaTrader system - this includes indicators developed by a 3rd party or downloaded off the internet.   Click Here to learn more.